Very strange - wave ends when the plug is pulled and you are washed away - Only a big healthy bubble will survive!

Oddly enough, similar in play and control to Gottlieb's Reactor.

Bubbles games had the Sinistar-esque 49-way optical joystick, not an 8-way joystick. 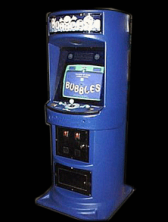 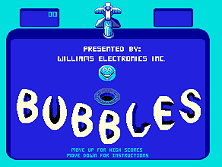 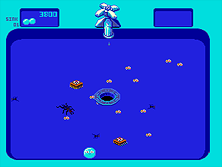 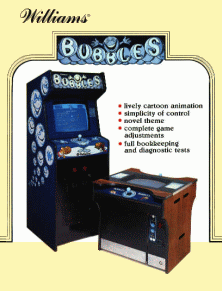 Search the following for Bubbles