Coinop.org is now a .NET Core app on Linux with MariaDB as the database server. It lives somwhere in the cloud. It has been a variety of things, previous...

Before its journey to the cloud, coinop.org used to live (for about 9 years) on a dual Atom server running Microsoft Windows Server 2008 and SQL Server, sitting on Kurt Koller's desk in his office. 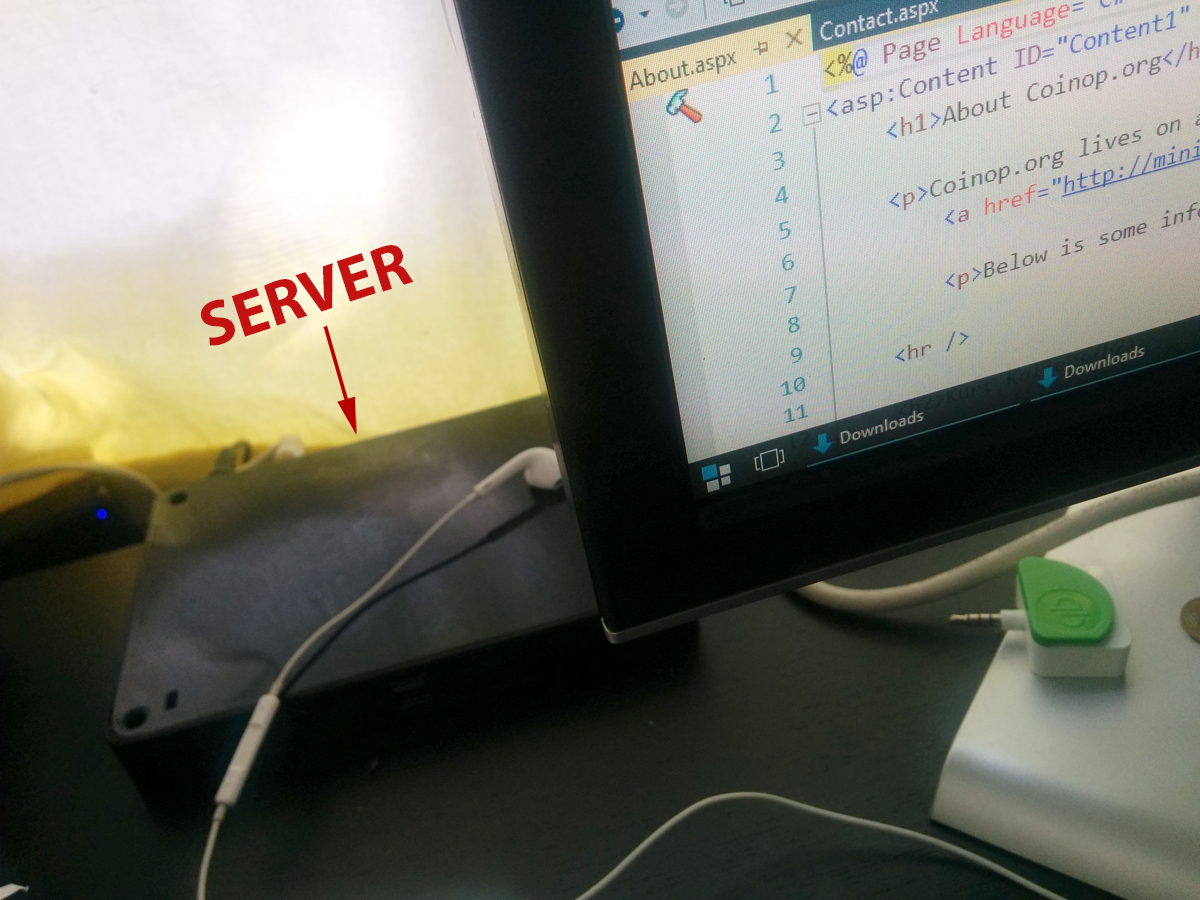 Before that who knows. It's been through a lot of changes over the years. It's always run in the Microsoft stack, and I'd port it from one technology to the other and enhance it when I wanted to learn something new.

Below is some information about the people that make this website a possibility.

Kurt played way too many games as a kid. Had he used the dollar cost averaging method of investing the money he blew on arcade games, he'd have retired by now.

Here are some outdated documents about Kurt Koller's arcade game collection. In addition, there is Kurt Koller's personal website for those interested, as well as sarcasm.com, the first domain I ever registered.

But this isn't just about me...

Kurt thinks his son Lars has also played way too many games as a kid. Had he used the dollar cost averaging method of investing the money he blew on games (and mostly game bits/skins) on Steam, he'd have moved out by now.

The information below about additional contributors to this website is in no particular order.

Hilary Lantz was my business partner for many years at Minimalist and helped out with organization and editorial on the site. She's not a big gamer, but she tolerated this nonetheless.

Frank is a game designer, and he ran a company called area/code. His company was absorbed by Zynga and then destroyed or something, and now he makes cool games like Universal Paperclips. He helped out with various aspects of getting the site up: design, some content, etc. Frank lives and breathes games, but Kurt can beat him on almost every arcade game that they've played. Here is Frank Lantz's current website.

In the early days, James wrote a lot of content for the site, and engaged in a lot of fact checking. James has an arcade-related mini website as well.

Dan was an editor at GamePro magazine for a long time, and one of the things he headed up the arcade writings. He was kind enough to include coinop.org in at least one article. Thanks, Dan. He is IN at least one arcade game (NBA Maximum Hangtime), and he has a game-related website as well.

Stephen used to run coinop.org, and created the pages for the St. Louis museum. He was unable to maintain it, and he transferred the domain to me, to which I owe him much gratitude. His website is nuthatch.com.

Special thanks go out to Scott Anderson, Rodger Boots, Martin Crosley, Al Kossow, Jeff Lugar, Robert Morgan, Randy Rathbun, Al Warner and everyone else who has contributed. This site would not be what it is without the help of everyone mentioned above, and probably some additional people that we missed.