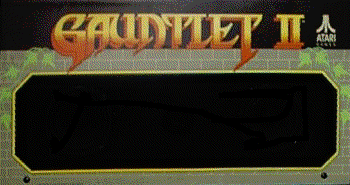 Sequel to Gauntlet. Multiplayer (up to 4) exploration/shooting game with RPG elements. More varied monsters/walls/items and higher difficulty than its predecessor.

Gauntlet II is the second in Atari's Gauntlet series, followed in the arcades by 1998's Gauntlet Legends. Gameplay is exactly as it was in the original, with some new twists, including: Gauntlet II did not have as successful a run in arcades as its predecessor, but it fared better than most Gauntlet clones (such as Data East's Shackled and Sega's Alien Syndrome, among others). It was far more successful in 16-bit home computer translations than even Gauntlet was, thanks to software publishers US Gold in Europe and Mindscape in North America. 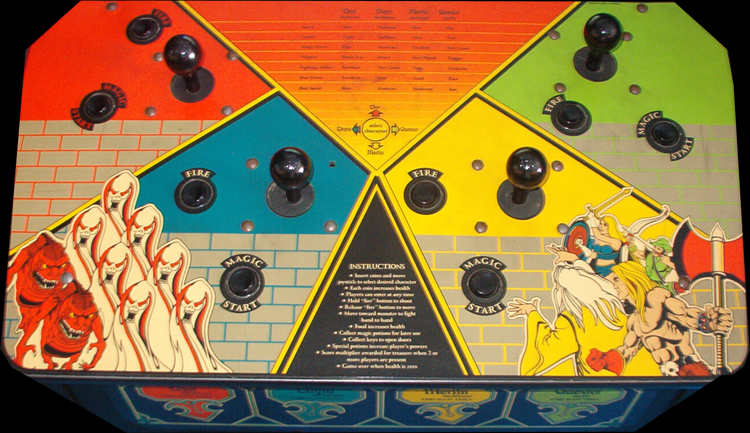 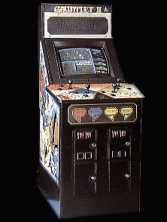 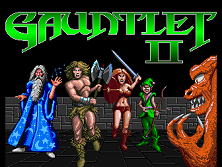 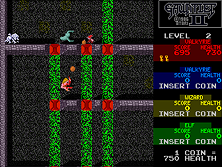 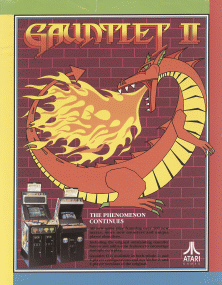 by brettjohnson. Comment: "Gauntlet II is very addictive and is most fun when playing with a large group of people. Any arcade game that is more fun with more people is a great game in my opinion." 2001-08-29 15:36:59Z

Search the following for Gauntlet II