Flying - Destroy ground and air targets. Has a fighter game and a bomber game. AKA Mach 3, M.A.C.H. III

M.A.C.H. III uses the same main CPU & sound boards as Q*Bert, but adds a video mixer board and a Pioneer PR-8210 laserdisc player for the laserdisc video.

Mylstar came out with a conversion kit for M.A.C.H. III to make it an Us Vs Them. The kit is a new marquee, cabinent graphics, laserdisc & ROMS; it uses the same electronics, laserdisc player, and controls as M.A.C.H III

M.A.C.H III was available as both an upright and a sit-down/cockpit game. 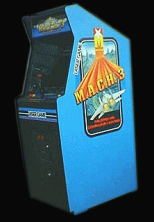 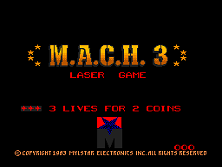 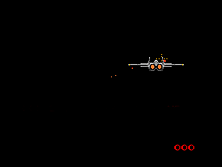 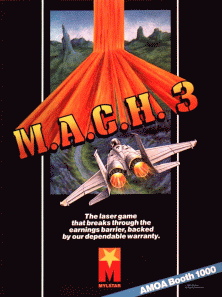 Search the following for M.A.C.H. 3