Space - Shoot the martians over 4 sectors

Pleiades could be the sequel to Phoenix. Its overall style, and gameplay structure is quite similar. Unlike most vertical shoot-em-ups, the player can have any number of shots on-screen (as opposed to the usual 1), and can move a lot faster than most. It also had a Warp button, which acts the same as a hyperspace. The four waves are all quite different and distinctive, with the third featuring a martian battleship, and the fourth has the player taxiing along a runway to home base. Quite a rare game, and unlikely to be found today. 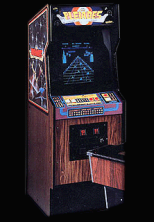 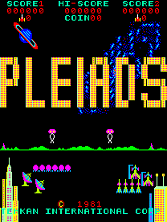 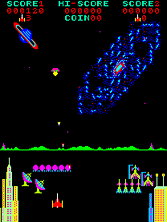 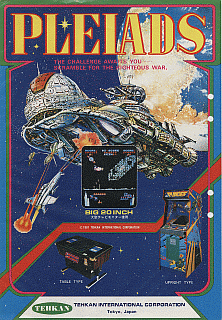 Search the following for Pleiades