A Tetris-type game of arranging falling "bricks", except it's 3D and you're looking top-down into the grid that is being filled.

Spin and move the bricks and drop them into place to complete levels which vanish allowing the upper bricks to fall.

An addictive game that requires more skill than mere 2D puzzles, Block Out puts you in control of blocks as they fall away from you to the bottom of a shaft. Having no pieces left over after you complete the last row gives you a "Block Out".

Controls are two buttons for rotation of the bricks and a third tiny thumb control on the top of the joystick for fast drop.

Between levels, a blue face fades in to mumble some taunts at you. The graphics are dull but the concept of the game is great. You're only stacking cubes so who needs frills? The X-Filesesque music warps your brain as you happily fritter away your quarters.

More challenging than Tetris in that:

The game intensifies as the play gets faster and faster and the impending doom piles closer and closer to the player. 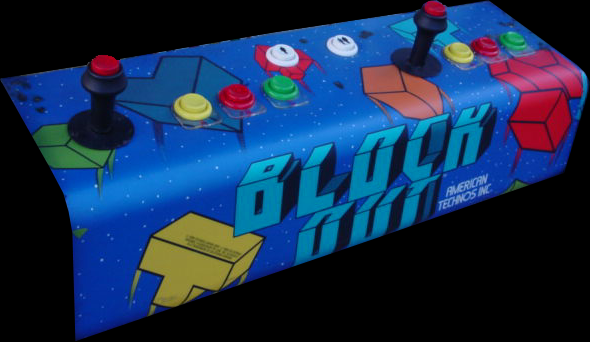 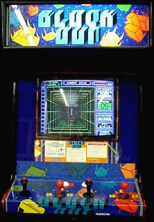 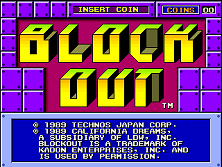 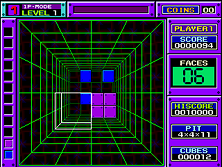 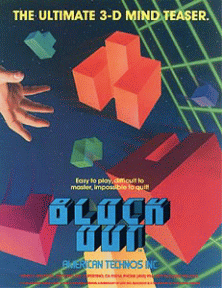 Search the following for Block Out