Set up a row of dominoes before the other characters in the game knock them over.

Each screen in this game was a different location: a city street, a golf course, a construction site, etc. You had to set up a row of dominoes while watching out for a bee that chased you (slowly) and the people in the scene who would knock over the dominoes if they hit them. Each scene had different characters: a woman with shopping bags, a golfer, a construction worker, etc. 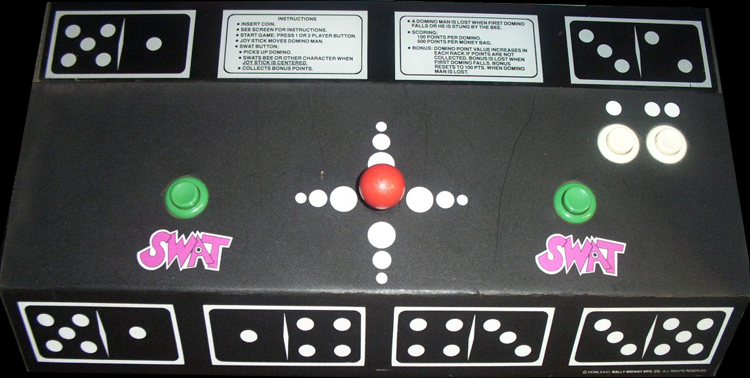 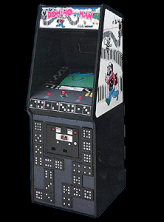 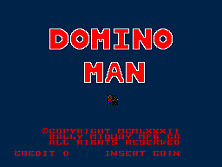 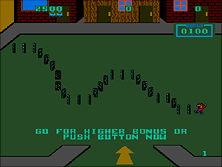 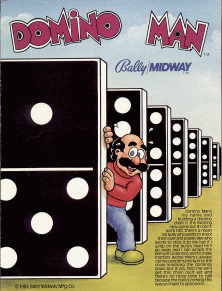 Search the following for Domino Man