Drive a car around a maze and eat the dots. Avoid crashing with the other car.

Two small cars start out tail to tail inside a maze of tracks with dots. Drive your car through the maze and collect the dots and avoid crashing into the other car. The track curves around on top of itself, so when the cars are in the middle they are temporarily hidden. Up to two players can alternate turns. 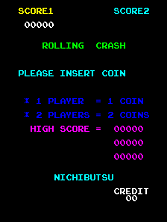 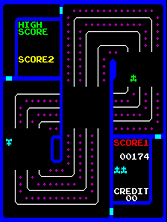 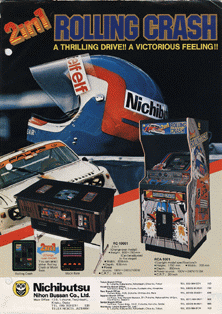 Search the following for Rolling Crash