Route 16 was basically a maze driving game where the object was to collect money bags and avoid the other drivers. One unique feature was that you weren't stuck in the same maze but rather had the freedom to travel to many other mazes. The controls were a four-way joystick and a speed-up button. The big problem with this game was an annoying tune that played in the background. The monitor was a standard Wells-Gardner 19" vertically mounted one. Definitely a rare game. (from King Vidiot) 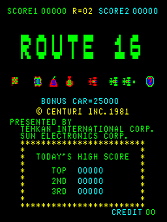 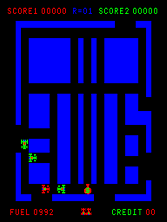 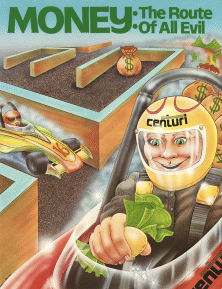 by sillycar. Comment: "This game reminds me of exiidy's Venture. I did not realize this at the time when I was a kid playing this game in a local arcade though. Moving from maze to maze is fun and the game has a pretty good sense of urgency to it. I loved playing this when I was a kid and recently got the chance to play it again as an adult and it stands up pretty good to the way I remember it. This is a very fun game and worth checking out!" 2005-07-31 10:36:18Z

Search the following for Route 16