Two player 4-joystick food fight challenge. Two player or player vs. game. According to Mark Waddell, only one is known to exist, as a prototype, and he has it. He claims he will sell if the right $$$$$$.

Could someone verify this?

Like Atari's Food Fight, this game was supposedly inspired by the food fighting in National Lampoon's Animal House. 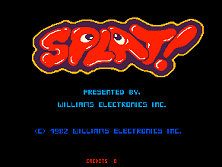 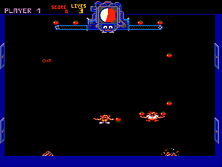 Search the following for Splat