The objective is to destroy "space bandits" attempting to steal "bricks" from your "defense bases." "Space Bandits" arrange stolen "bricks" to spell out "end." Like I said, a Stern take-off. 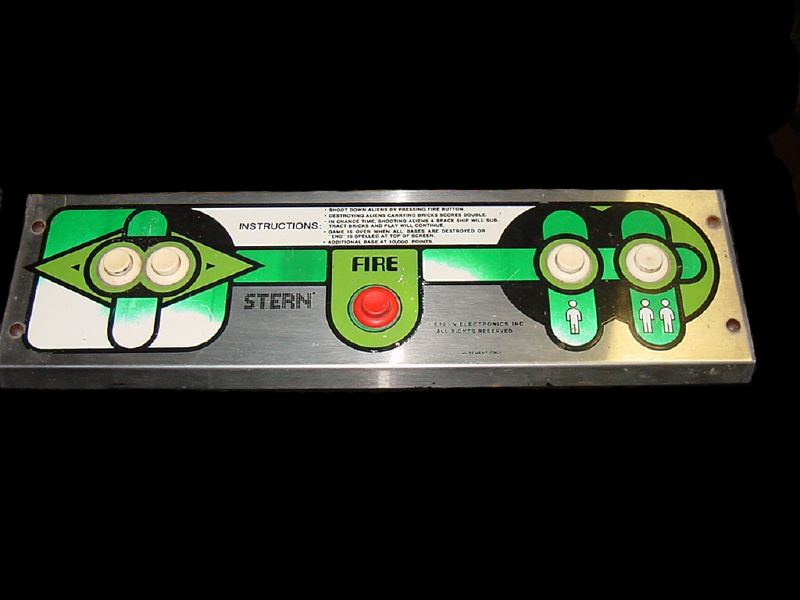 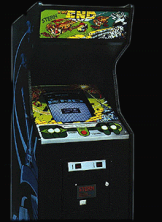 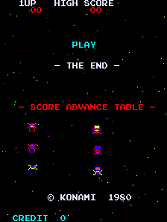 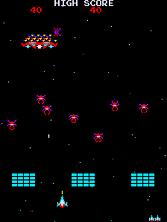 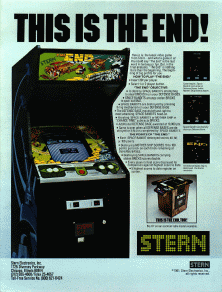 Search the following for End, The