A very early pool game, you use a marker which slides around the cushions on the table to aim, and an automatic power meter (very crude) which advances in only 3 stages of hitting power, simply hit the button when the desired amount of power is shown. Collision detection is very dodgy, the ball sliding is very unrealistic, and the balls consist of solid colour with numbers on so it all adds to the very artificial feel of the game. Runs on hardware similar to Frogger/Scramble/Galaxians, at least one bootleg exists on frogger hardware with incorrect colours.. 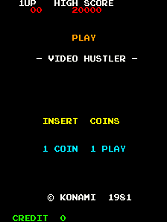 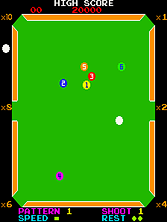 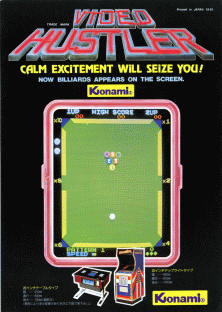 Search the following for Video Hustler