A game where you play a hero trying to arrest the dope dealers and to catch the big guy, named Mr. BIG.

A game for the 80's... Just Say No taken to its logical extreme, with jumpsuit wearing gunmen hunt down and kill drug-dealers, gathering evidence, in a march to the top of the organization. 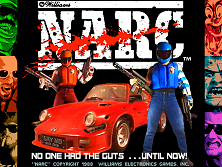 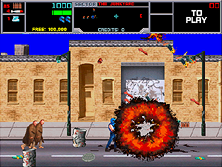 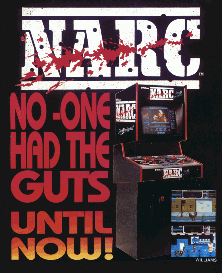 by caveman. Comment: "With the possible exception of Sinistar or Robotron, NARC is about as nihilistic as it comes. A typically difficult game - as almost all Williams games are - expect a lot of fun, and a lot of aggrevation. I can't tell you how many quarters I had pumped into this game, but it can be beaten. MAME users should expect this game to run slow at times, but apart from that, the emulation is 80 - 100% accurate. A very misanthropic game for misanthropic people." 2004-11-27 19:16:04Z

Search the following for Narc