In the "distant" future of 1999, you are a contestant on the most violent game show of all – Smash TV. On this game show anything goes, as you attempt to collect prizes, cash, and keys by fighting off a host of enemies with your array of weapons. In some versions, if you collect enough keys, you are rewarded with a trip to the Pleasure Dome.

Smash TV played exactly like Robotron, but the premise was much different. It takes place in the year 1999 in which 2 contestants are sent into a closed arena because they are playing the most violent game show - Smash TV.

Shoot your way though guards, thugs and more and try to collect prizes and money. 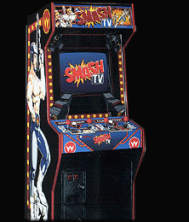 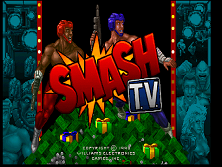 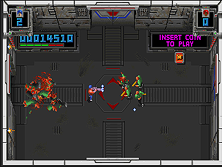 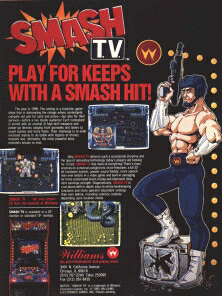 Search the following for Smash TV