Shoot your opponent's tanks before he shoots yours.

In this early two player game, you control a tank on one side of a maze, your opponent controls another tank on the opposite side. Your mission is to destroy all of his 15 enemy tanks while avoiding being hit by your opponent’s lazers.

You can move to other tanks, but you can only drive one tank at a time. There is a time limit and it is possible to tie. 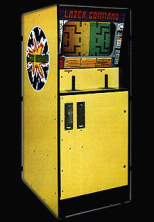 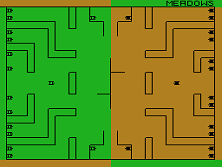 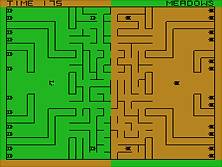 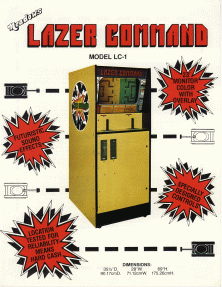 Search the following for Lazer Command