First space shoot'em-up created by Toaplan. Released as Alcon in the US.

A vertical top-down upwards scrolling spaceship shoot'em-up game with a gradius-like pick-up system (you pick up tokens that yield various upgrades to your ship that you may choose, speed costs one token, shot costs 2, side-shot cost 3 etc.) The game is very intense even if the enemies are rather simple in design. Toaplan made a game in 1993 called V-5 which plays much like Slap Fight. Slap Fight was released by the name Alcon in the US. 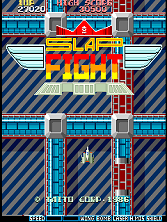 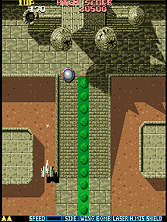 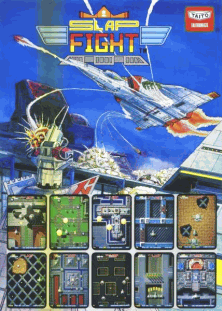 Search the following for Slap Fight