First (maybe only) entirely digitized fighter game, for up to 3 players.

Lots of digitised graphics, if a little crude on the animation side of things..

Sprite scaling amongst other visual effects.

You're fighting inside a crowd of people, sortof pub-brawl style. You can pick up lots of different things whilst fighting, some things are thrown in from the crown, including bottles, knifes, broomsticks, crates, chairs, lead piping etc.. If you happen to wander into the crowd, or get thrown into the crowd, you usually recieve a swift kicking and are thrown back in..

The three characters to choose from are an assortment of champion boxer, and tai-boxer etc.. You don't score points, but collect money as rewards..

3 player simultaneously, so in total a number of 6 charcters can be fighting at any one time (3 human, 3 CPU). 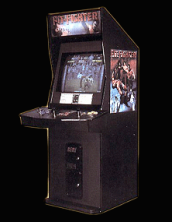 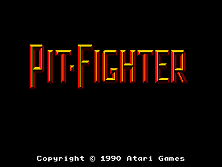 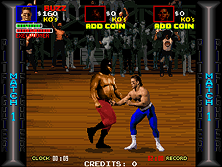 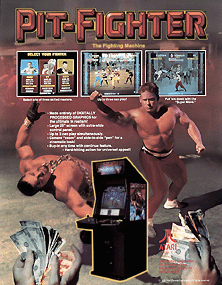 Search the following for Pit Fighter