A vertical-scrolling Xevious-style game- similar to games like Tiger Shark. Fly around shooting and avoiding airborn targets like enemy planes and helicopters, while bombing ground targets like missile silos and tanks. Overhead view stages alternate with 3rd person 3D stages, where you fly an airplane in a dive-bombing raid on various targets. The 3D sections are a surprise after playing the somewhat generic overhead-view levels, and make this game unique. 3D sections seem to feature a sort of rudimentary scaling and rotation, when the targets on the ground slowly spin towards you. 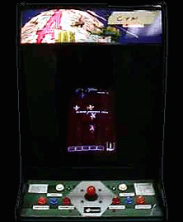 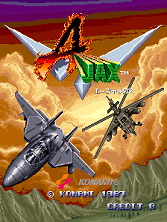 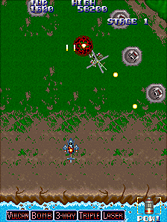 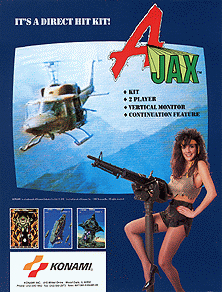 Search the following for Ajax