Vertically scrolling shoot 'em up - control the Vowger spaceship - shoots enemies, collect power-ups - defeat bosses to advance levels - Vowger can be changed to shoot in a multitude of formations and directions

In the far future a mysterious point in the galaxy (Point X1Y7Z94) is accidentally discovered, suddenly opening up and engulfing the stations nearby.

The Milky Way Federation sends the latest ship in their fleet, the Vowger RC30, to investigate the area and eliminate the forces responsible for the events. 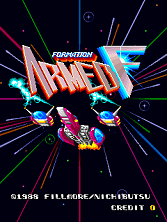 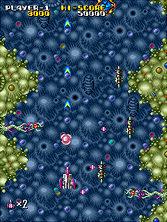