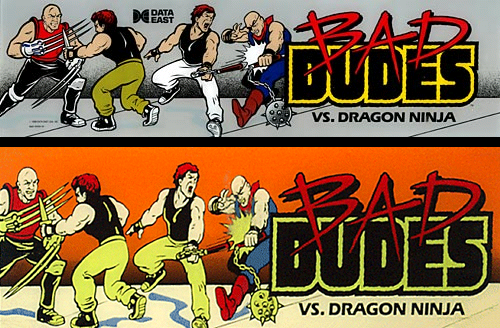 A horizontal scrolling fighter for 1 or 2 simultaneous players.

Your goal is to save the president from his kidnappers. Use punches, nunchuchus, etc to kill the enemies. Each level has a "boss" with a unique power you must defeat to continue. The last level has all the bosses from the other levels before you fight the big boss. In the end, you save President Reagan ('88!).

One or two players can play simultaneously, in 2 player mode you both work together as a team to kill the bad dudes. The original upright arcade cabinet had two 8 way joysticks and four buttons for each player. The buttons were only for "attack" and "jump" but there were two on each side of the joysticks wired in pairs for left/right handed players. 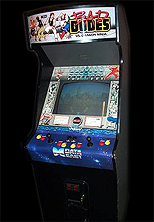 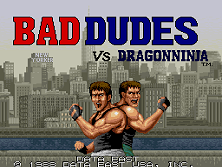 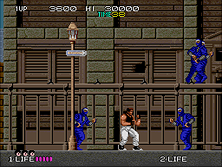 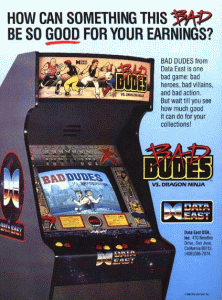 by simonharbour. Comment: "What an excellent game, i thought i had never heard of it when i aquired the board but immediatly recognised it. Still very playable, excellent bosses and great co-op two player mode!" 2004-10-02 14:09:04Z

Search the following for Bad Dudes Vs. Dragon Ninja