A game where these good guys fight their way through stages and fight an end boss at the end of each stage. You can punch, kick, and do jumpkicks. Perhaps the two most gratifying things about this game are kneeing an enemy in the groin (A satisfying *DING* sound occurs) and at the end of the game you fight against every single character in the game (including the bosses) all at the same time as a bonus. Not much replay value here. Many of these were converted Gauntlet 4-player cabs. One of the prime examples of how great games were converted into crap. Jamma standard. 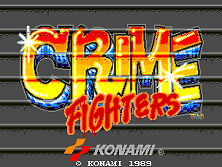 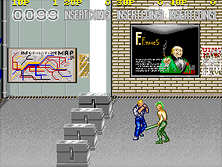 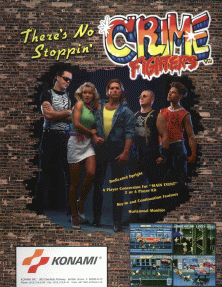 by Manta9914. Comment: "This game was such a blast, I used to spend all my earnings on it back in the 80's. It was more fun to have a group of people playing that way you could beat the crap out of the bosses faster and all the smaller punk guys. Kicking while they were down was a novel idea, great game!" 2003-07-17 18:16:42Z

Search the following for Crime Fighters