Your girlfriend has been kidnapped, and you must rescue her. Fight alone or with a friend as a team.

The game that started what is for some reason known now as a "Final Fight" game. Side-scrolling beat-em-up with co-operative 2 player play allowed. Established the genre as a force to be reckoned with.

Seen sometimes as a spiritual sequel to "Renegade" by Taito. 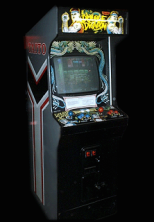 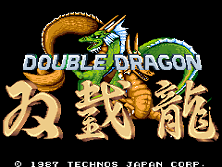 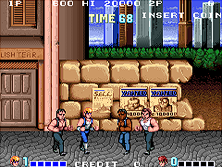 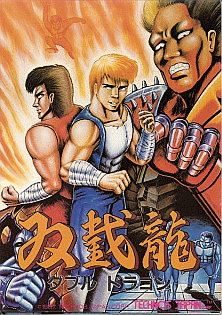 by Dave__Dunmall. Comment: "The game which spawned so many feeble copies is probably the best sideways scrolling beat-em-up of all time. Use the elbow or die pretty quickly." 2003-04-01 04:34:55Z

by silvernova. Comment: "This is the first Live Arcade Game I ever played when I was 6 years old and I fell in love with it. And to this day, I want to own the live arcade machine. I'm 24 years old now. Wow, call me crazy for not letting go, but I like following the series of this classic game!" 2004-05-11 10:18:27Z

Search the following for Double Dragon