Basketball, either 1 player or head-to-head.

Much like its older brother, Super Basketball, Double Dribble is a basketball game where you can control different players by passing the ball to them. Attempting slam-dunk shots shows a closeup of the player approaching the basket. 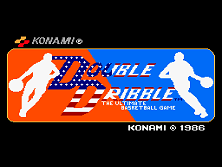 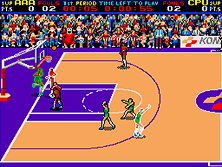 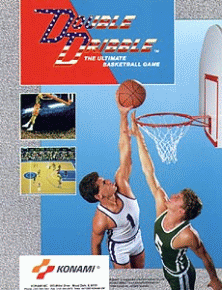 Search the following for Double Dribble