The Byo return for revenge! 6 Levels of absolute nightmare, as the successor to the original brings more infamous sideways scrolling action.

Based on Irem's M72 PCB, R-Type II did not make as major an impact as the original - perhaps as it was issued as a kit form and no dedicated hardware. The graphics are more polished than the first, looking more like Irem's later work (In the Hunt for example) with metallic looks and devilish levels. 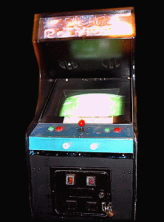 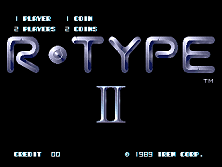 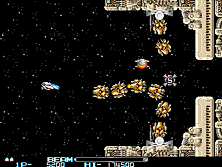 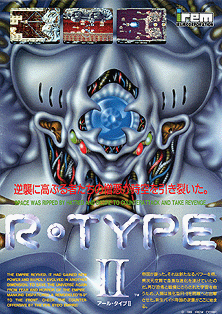 Search the following for R-Type II