one player at a time tries to shoot tanks and such on the ground. You can even shoot buildings and find tanks that would eventually come out. 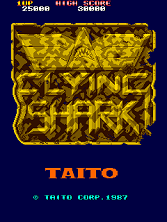 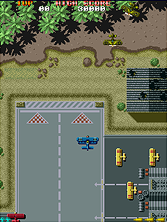 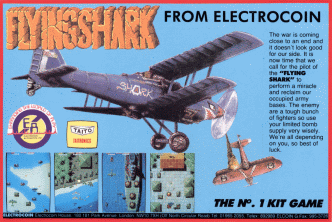 Search the following for Flying Shark