One player, or two players simultaneously. There are fifteen stages (two stages for each of seven different time periods, then a final battle at Amondule headquarters in the year 2110). Before each stage, the player chooses one of four secondary weapons. Standard shooter fare, although the bosses are somewhat unique--you defeat them not merely by shooting at them, but by blasting through their armor and destroying all their weapons and propulsion systems. Regardless of the armor still left unshot, a boss will die as soon as all of the weapons, propulsion systems, and cockpits are destroyed. 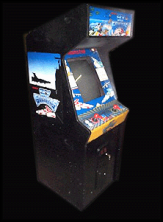 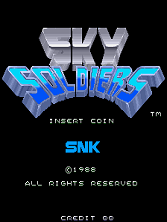 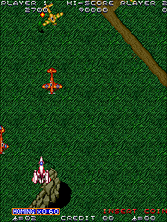 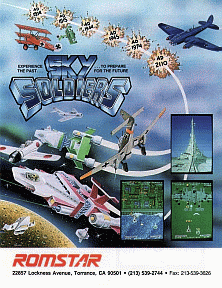 Search the following for Sky Soldiers