2 player vertical scrolling game with a series of stages at the end of which is a boss character. Players characters ride on speeder bikes that have a forward firing gun weapon and an additional weapon that can be fired in any direction by use of an Ikari Warriors style joystick. Players collect coins from kills to buy new weapons and ammo. Great two-player Action! 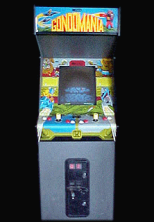 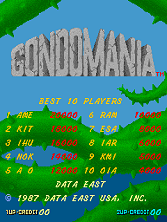 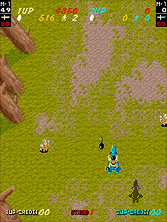 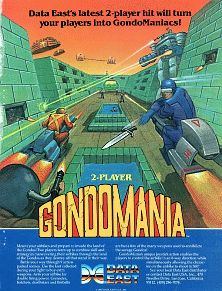 Search the following for Gondomania