Play as one of the famous foursome and eliminate the baddies on your quest to save the girl and the day.

Based on the popular comic/cartoon series, this was fairly standard fare. The game had a large cabinet and did possess fantastic stereo sound.

Up to four-player cooperative play possible, with four dedicated character control sets. Each character had his own unique weapon, but overall they each fight pretty similarly. Fairly standard power-ups are available.

Knowing people would flock to the machine based solely on the popularity of TMNT, there was no attempt to do anything radical or overly original. 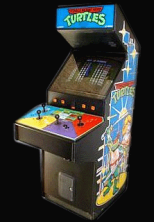 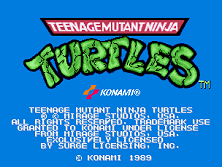 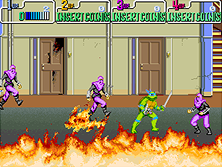 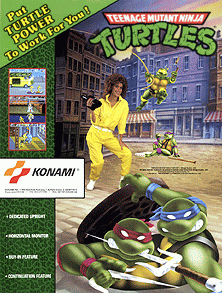