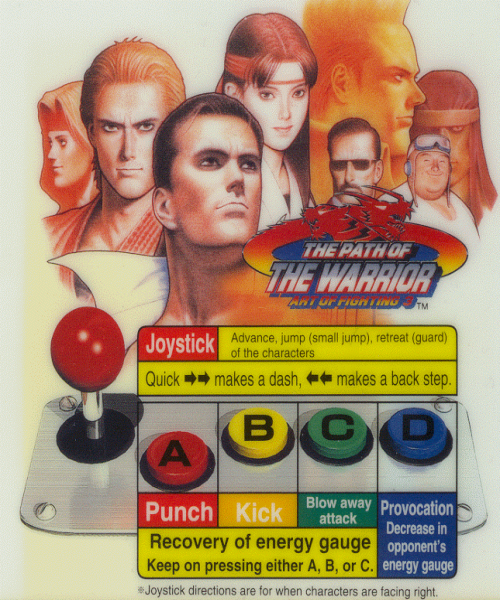 Third in the Art of Fighting Series.

A very well thought out fighting game and certainly refreshing as a change of pace from normal 2d fighters. The strategic combat (rushing, punches, kicks, insults which hurt your opponent's fighting spirit, grappling and dodging) lends to a relaxed feel about the game.

The graphics are clean and very well animated. The attacks are mostly beliveable in the way the characters move and the physics feel very nice.

Music wise, this is some of the best heard from SNK. From hard-guitar metal during cutscenes to festive Mexican music and even tabla (ino/arabic) drumming for one character.

Other than Robert, Ryo and Yuri (unplayable) the game introduces all new characters like Carman Cole, Kasumi Todoh (daughter of Todoh) and Wyler. Admittedly, the AOF series has always been slightly bland when it comes to character design (Carman Cole dresses in a three-peice suit!) but they seemed to have made that a moot point in this game, thanks to the liveley and vivid animation. 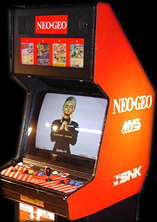 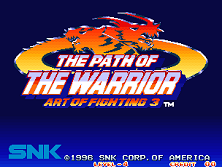 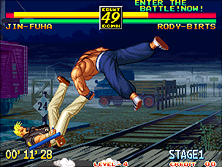 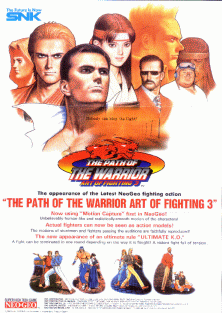 Search the following for Art of Fighting 3