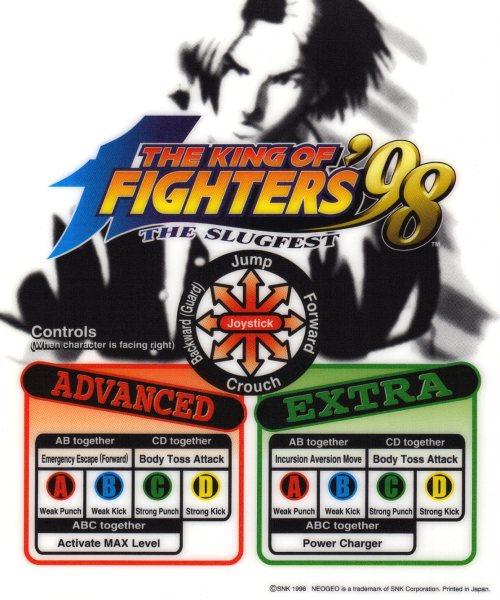 3-on-3 combat featuring every past KOF character ever (with exception of Orochi and Goenitz).

Fifth in the series, The King of Fighters '98 features 38 characters. All characters are previous entries in the KOF series. They even reshuffle a lot of the teams and comprise new ones of old characters (Saisyu Kusanagi, Heidern and Takuma Sakazaki form the "Middle Aged Men" team!)

Instead of listing who is IN KOF 98, it's easier to list who ISN'T. Mr. Big, Wolfgang Krauser, Orochi, Goenitz and Geese Howard.

The 3-on-3 fighting format is the same and they've included hot new animations, taunts and more intro crossovers than EVER. Select two characters who have a grude and watch them battle it out with words before the fight.

Perhaps the best in the series and slightly more fun than the darker 99 version. It comes across as a loony type of fighting game, but holds its own in any serious fighting circuit. 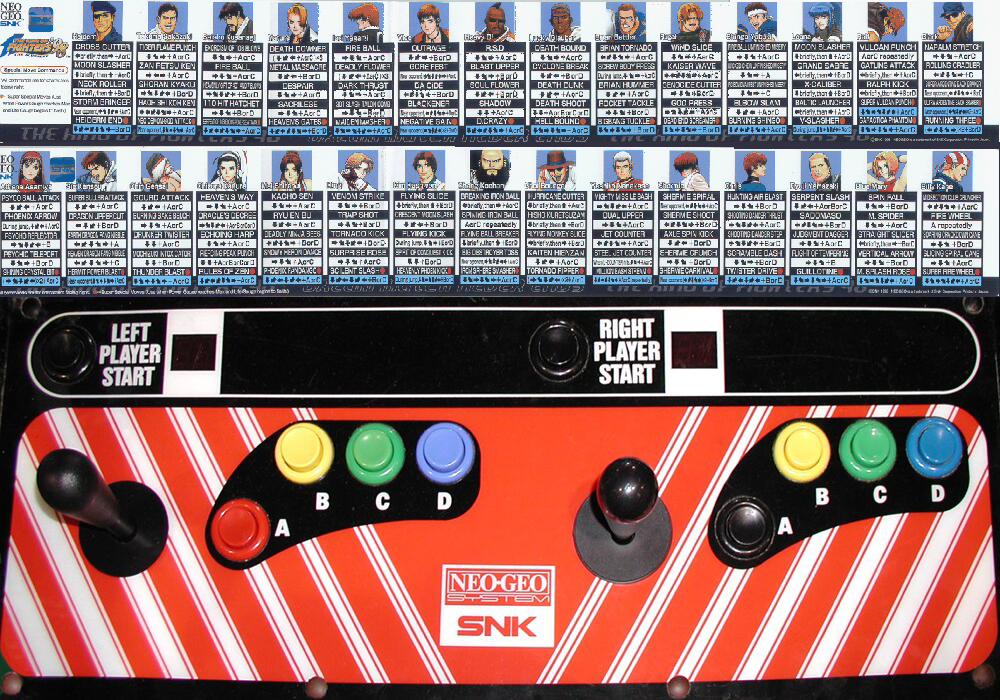 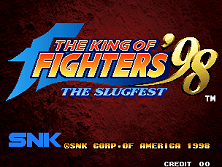 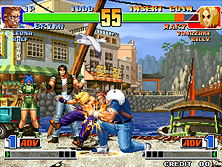 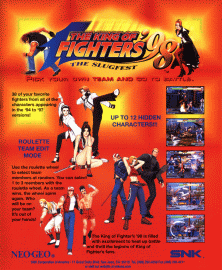 Search the following for King of Fighters '98