In 1982, Williams, the manufacturer of Defender, brought suit against Artic International, the distributor of Defense Command. The suit alleged that Artic had infringed on Williams' computer program and the audiovisual copyrights for Defender both in the "attract" and "play" modes of the game.

Artic did not attempt to refute that they had copied the Defender game, but instead claimed the following:

The judge rejected all of these claims and reaffirmed that computer code is copyrightable and that the way in which is stored or the fact that it is used in a game does not affect its copyright protection. 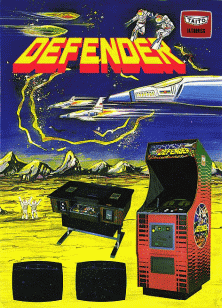 Search the following for Defense Command