Front Line was a bottom-to-top scrolling shooter with an unusual POV. It had a WW2 theme. The player was a G.I. traversing a battlefield from north to south - the gameplay looks a lot like Ikari Warriors. Enemy infantry attacked, as did enemy tanks. The player could jump into light or heavy tanks as he came across them, and if your tank was hit, you had a chance to bail out before it blew. The objective at the end of increasingly difficult levels was to destroy a fort. The controls featured a spinning knob (as seen in Tin Star) which allowed the player to fire in one direction (in a 360 range) while moving in another. 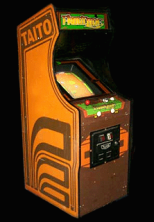 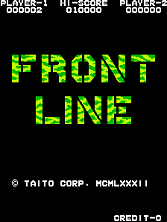 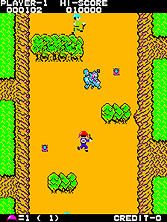 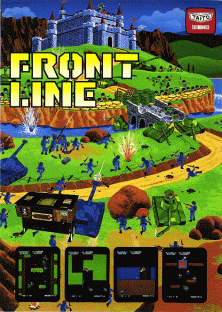 Search the following for Front Line