Space - shoot the fleets of aliens. Sold in the United States by Midway.

Classic - First full colour game - Namco's first big game took the concept of Space Invaders a step further. For the first time, the aliens would attack the player, swooping down out of the formation and dropping bombs. Unlike Space Invaders, Galaxian was in full colour, and was also the first colour game to feature a scrolling backdrop of stars. 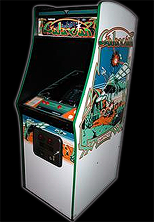 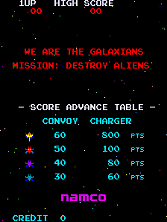 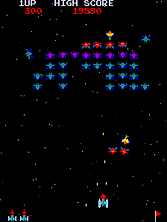 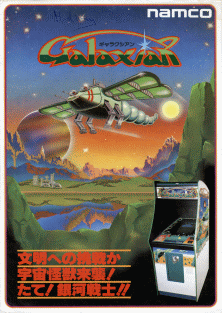 by roh. Comment: "First arcade game I ever played and I still love it today. More interesting than space invaders. Very challenging and amazing fun." 2006-09-03 08:57:37Z

Search the following for Galaxian