Gorf has almost classic status, and it became legendary for its almost unintelligible speech. The game itself was split into five distinct missions. The first was a copy of Space Invaders. The second had 2 laser cannons, with galaxian style escorts. The third was Galaxians. The fourth, Space Warp, had spaceships and Gorfian robots spiralling out from a black hole in the top half of the screen. The fifth had a large flagship at the top of the screen, moving from side to side and dropping bombs. The player had to shoot through the ship's hull and hit the flagship's reactor to complete the round and advance to the next rank. Gorf featured a contoured multi-directional control stick with a trigger style fire button, and the player could move freely in the bottom third of the screen. Bally obviously had high hopes for this game and produced such promotional items as a T-shirt and a players guide. 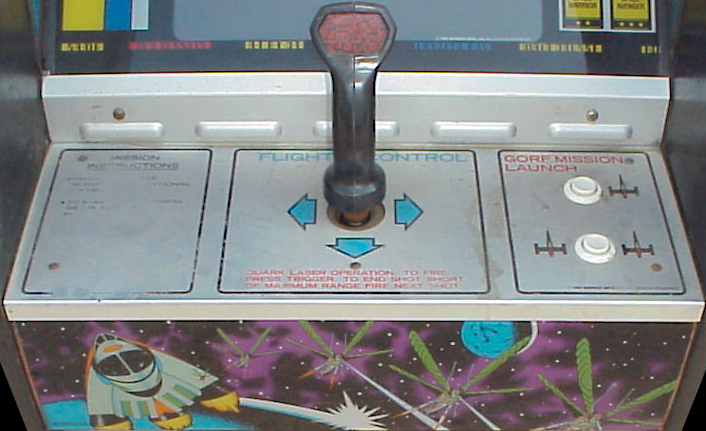 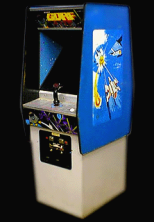 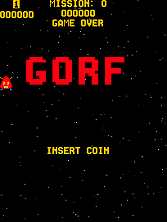 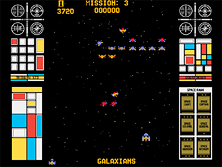 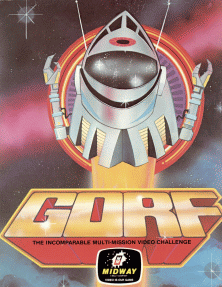 by Scottner. Comment: "Wasn't this the game that had some kind of sensor built in the front of it, prompting it to say &quot;Coins Detected in Pocket&quot; in a robotic voice whenever someone stood in front of it?" 2003-10-24 16:19:04Z

by MINKYMONKEY. Comment: "Gorf has got to be one of the all time arcade monster classics. This game was a catalyst of many of the favourite games upto this point in time. Space invaders and galaxians are the biggest influence here but each are give a unique twist to the game. I spent a long time playing this game and even longer looking for it years latter. Gorf for me is a turning point game. It showcased all that was great about the oldand pointed the way forward for the new. I am very suprised that the game was not a little more popular than it was but I think it came out just a things were changing. Try it. Its fun." 2005-08-06 14:10:31Z

Search the following for Gorf