Hack and slash action mixed with platforming and great graphics made this a big hit.

The title was ported to Genesis and NES. There was also a sequal (Strider 2) only released for the Genesis that was made by US Gold. There is also a new game tenitivly titled Strider 2 being made for the arcade by Capcom on Segas Dreamcast based Naomi arcade hardware. 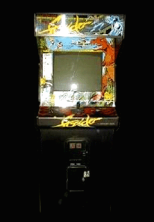 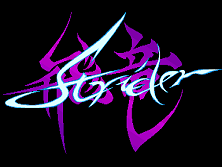 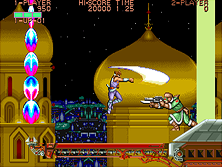 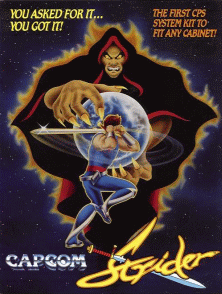 by droidsattack. Comment: "Strider took side scrolling action into some serious new territory. I am certain that the Warchowski brothers were heavily inspired by this game before they came up with The Matrix. " 2004-08-14 19:28:10Z

Search the following for Strider