Actually released BEFORE Moon Cresta. Liscenced by CENTURI from Nichibutsu... Later released as MOON CRESTA by SEGA, and later by NICHIBUTSU. 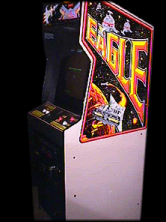 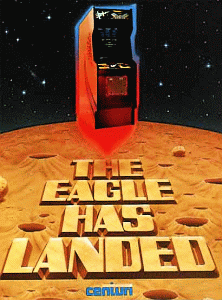 by videodan. Comment: "One of the first video games I ever played, and still love it today (I own an early model w/ the yellow cabinet). First played it at a local convenience store, then didn't see it again until this past summer. I bought the game from my friend who collects games. Eagle is one of my all-time faves that never gets old, and always gives me "a lot of fun and thrill"!" 2005-11-25 10:28:03Z

Search the following for Eagle