Drive well-equipped spy car through enemy territory, doing combat with a variety of enemies along the way.

This game is unique in the Exidy 440 series in that it is a driving game, not a shooting game. The cabinet is loaded with tons of controls, including steering wheel, pedal, and a perhaps-record-setting eight buttons! The buttons are all lighted and in different colors, and the control panel has a built-in LED display under tempered glass. In addition to score, number of cars left, and speed, there is a nice RPM meter made of red/yellow/green LED pin-lights.

The gameplay is reminiscent of Spy Hunter, in that you drive a high-tech vehicle while firing off loads of different weapons. However, the view-point is much broader in this game, and all weapons are generally available at any given time for use. While you can run out of the various ammo, it is simple enough to pick up additional pieces from the road along the route.

The roadwork and environment changes during the game, until eventually you drive through a twisty concrete "urban" environment to do battle with the head mega-tank. If the boss is defeated, gameplay begins afresh, with higher difficulty. The Top Secret button can be used for various purposes, including abolishing otherwise indestructible or unsurmountable obstacles along the pathway. 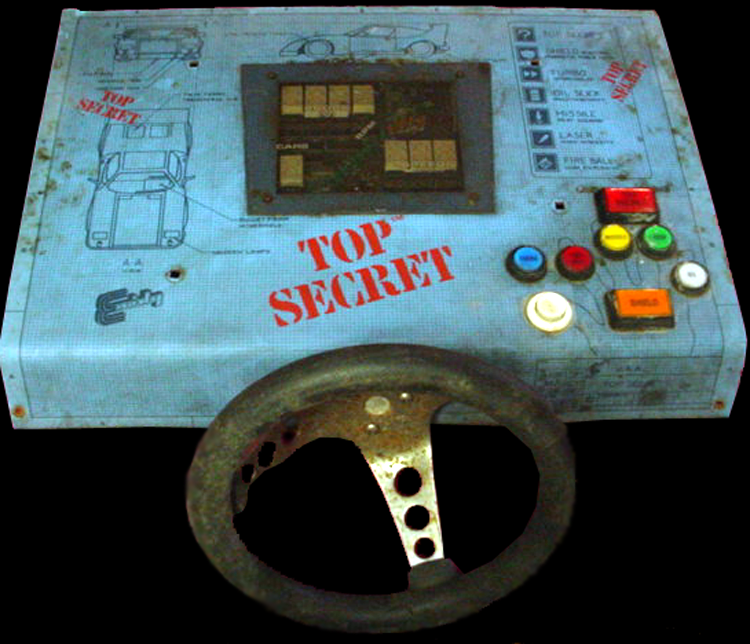 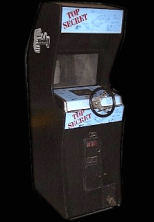 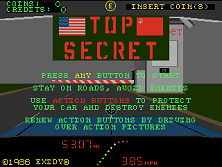 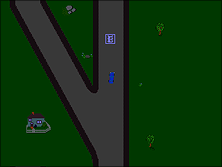 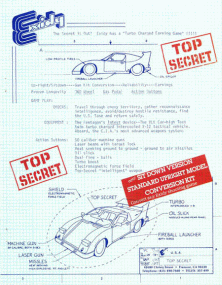 Search the following for Top Secret