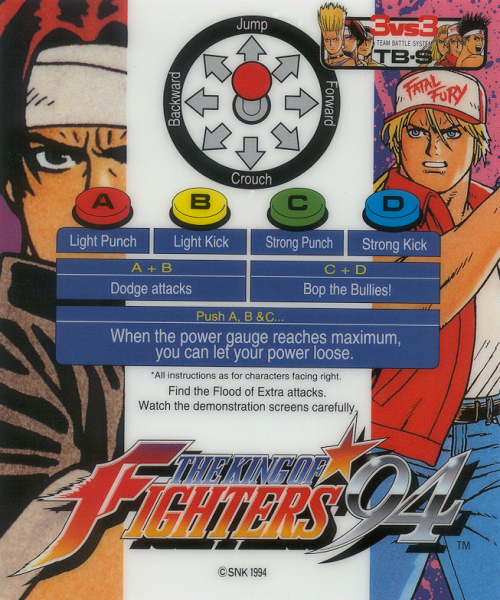 The first in a series of fighting games using a mixture of characters from SNK's other 2 series Fatal Fury and The Art of Fighting. 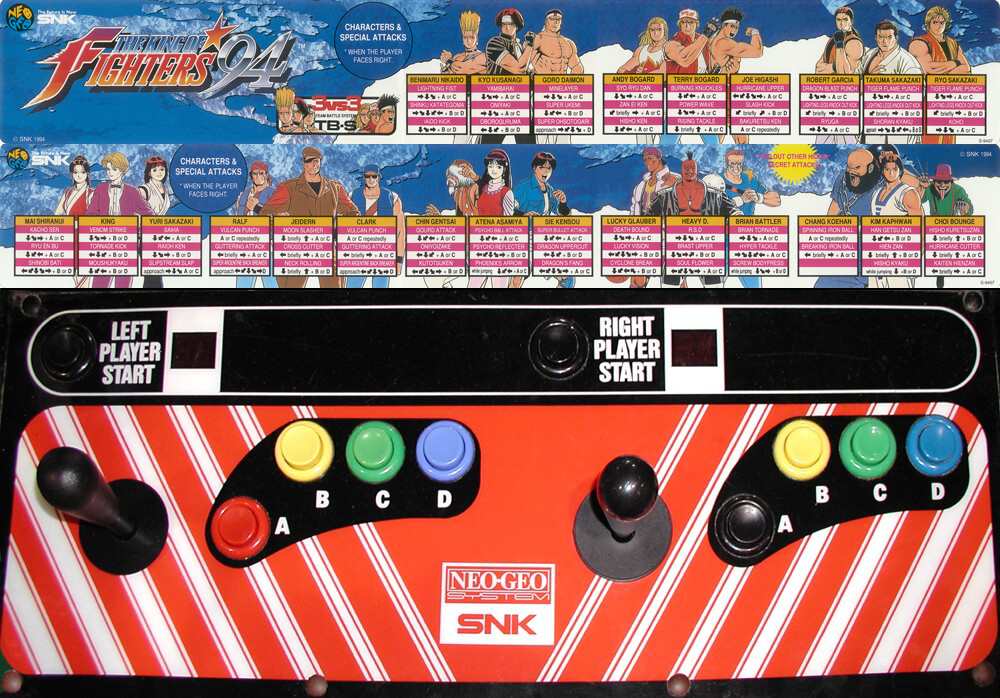 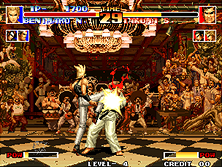 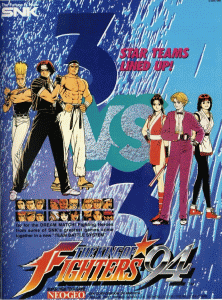 Search the following for King of Fighters '94