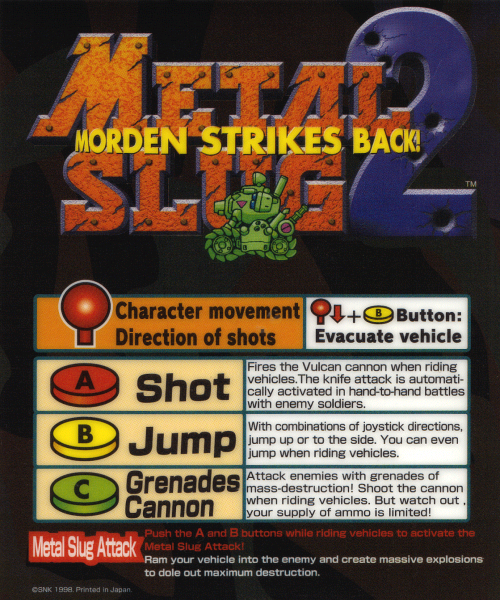 The sequel to the popular all-out shooting side scroller.

Several upgrades and improvements have been made to this new version of Metal Slug. There are two new characters, both female. There are six new missions, vividly illustrated, which take place in locations like the Middle East, Asia, and even underwater. There are four new slugs, or armored tanks, to use against the enemy: Metal Slug, Slug Flyer, Camel Slug, and SlugNoid.

There are also more special weapons including a rocket launcher and a flame shot.

Another new feature is that when your character eats too much food, he or she becomes bloated and sluggish and you have to find some diet food to return to normal. 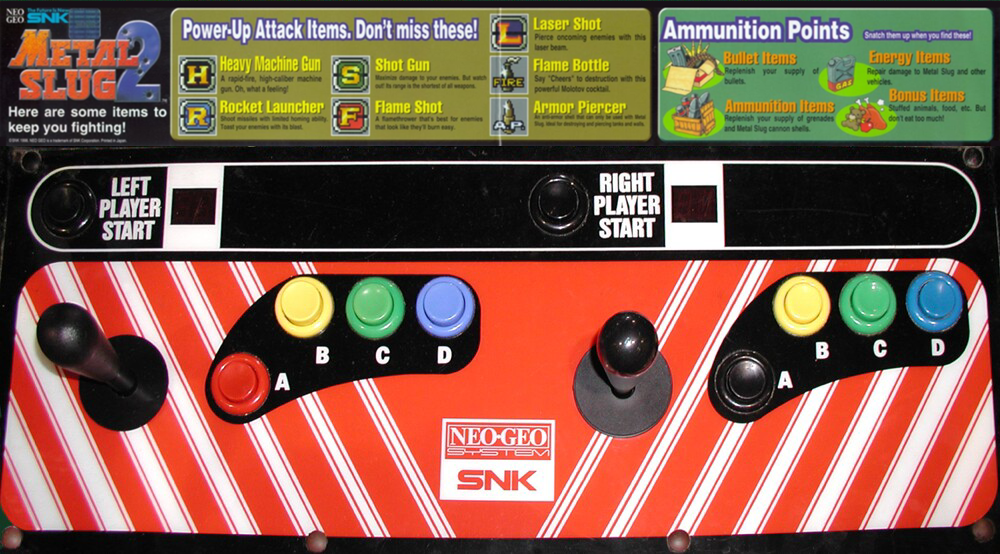 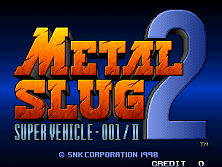 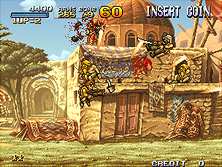 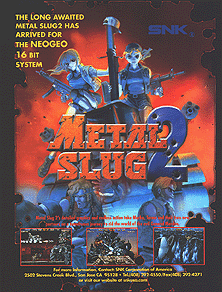 Search the following for Metal Slug 2